For a TV documentary, the two unemployed friends Benny and Marko pretend to be petty criminals with immigrant background until the coin flips and reality turns against them.

Benny and Marko, two Viennese guys with so-called “immigrant background”, are completely integrated into society. So much so that they are hardly perceived as foreigners – if not for Benny’s black hair. Confronted with ambitious TV director Weizenhuber, who is looking for protagonists for her TV documentary series about the ethnically mixed suburb Rudolfsgrund, they pretend to be petty criminals and hard-nosed migrants with a penchant for cunning and craftiness. To keep the lie from unraveling, they create a second identity for themselves made up of clichés and prejudices. And while these clichés fulfill expectations and make the show a success, they are simultaneously confronted with true stories of immigration – including their own… a politically incorrect comedy about modern clichés, false identities and “real” foreigners – whatever that means! 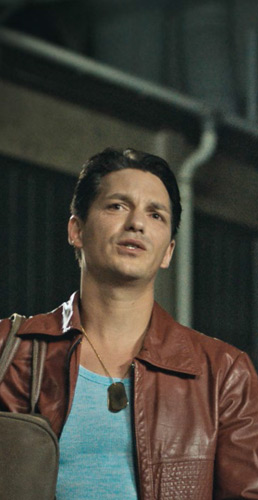 Benny, the Viennese son of a judge with Egyptian roots, wants to make it big as an actor. But great art demands drama. And the only drama in Benny’s sheltered life is the fact that he’s never offered the role of the Austrian—only the role of the foreign taxi driver. And Benny – who still lives with his mother, the retired judge with a penchant for S&M – doesn’t identify with that particular role. But everything changes when a TV journalist thinks he’s a foreigner and wants him to be the protagonist in a documentary series. Benny is convinced he can become an authentic “Tschusch” (a pejorative term for those from Yugoslavia) for the role of his life. 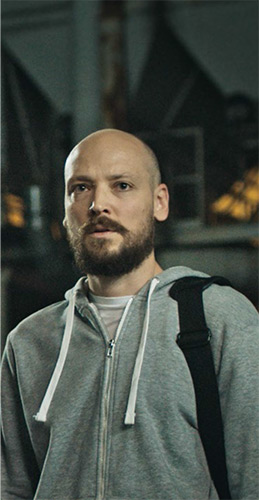 People don’t think Marko is a “Yugo” when they see him. The Viennese hipster has his own advertising company and at home delights in the joys of becoming a father. But the collection agent at his door forces the facade to crumble, and Marko is confronted by his fear of ending up in the place he worked so hard to get out of—community housing. He has absolutely no desire to go back there. It’s hard enough going there to visit his father, who needs a lot of care. But necessity forces one to do things they don’t actually want to do. For Marko this means transforming into the small-time criminal Tito for TV. And somehow he is surprisingly good in the role. 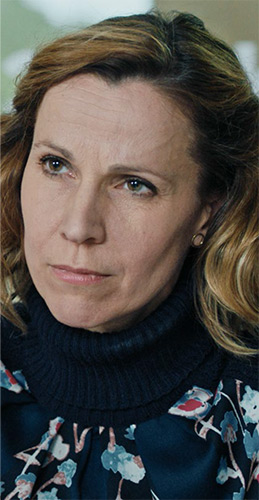 The ambitious TV journalist knows what she wants and throws herself into her work. In every story she sees an opportunity to climb a little bit higher up the career ladder, and she knows how to skillfully stage each and every little detail. Discovery of the fact that Benny and Marko are only playing parts could theoretically put her credibility and professionalism – and thus her entire career – in jeopardy. Nevertheless, as a professional she also doesn’t allow it to throw her off her game. Instead, she jumps on board Benny and Marko’s lies and profits from them. After all, it’s easier to sell lies than the truth. 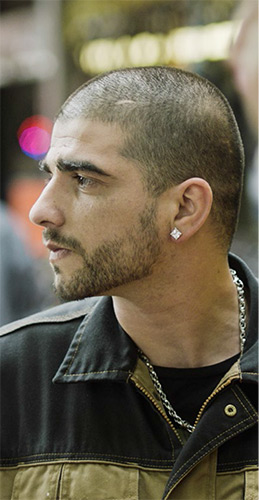 Juwel was born in Vienna and is a Turk at heart, but he sees the whole world as his home. Juwel is one of those people that others are wary of when he strolls down the streets with his boys Mo and Kay. But his heart is in the right place. And above all, he uses his head. He knows what his responsibilities in life are, has learned from his youthful mistakes, and holds down an honest job to keep his small family afloat. However, the rascal that he is, he can’t refrain from poking a little fun at Benny and Marko when they ask him to coach them as “foreigners”. Unfortunately, his little joke quickly catches up with him… 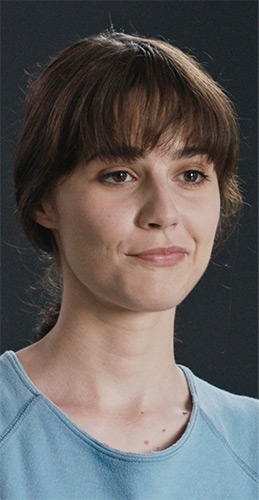 Sophie is Marko’s girlfriend and is busy preparing her home for the baby she’s expecting. She has no idea about Marko’s bankruptcy problems because Marko hides everything from her. However, in the face of the impending collapse of her family, Sophie quickly shows that she won’t melt in the rain. Even if she doesn’t approve of Marko and Benny’s charade, she has no problem taking matters into her own hands and using the situation to make money for herself and Marko.

Zijah A. Sokolovic as Mr. Bilic

Mr. Bilic is Marko’s father and requires nursing care. It pains Bilic to see how ashamed his son is of him and his family background. He and Marko have grown far apart since Marko’s youth. His caregivers feel how much it upsets him, and he masterfully runs all of them off. On the other hand, Marko doesn’t understand why Mr. Bilic doesn’t want to move into a retirement home, why he instead wants to stay in his chaotic, disorganized flat. It’s only once Marko can no longer run away from his financial woes that Bilic has a chance to help his son and finally explain his perspective on life.

Arman T. Riahi was born in Iran and grew up in Vienna, Austria, where he did his first short films as a teenager. He studied media technologies and worked as a screen- and graphic designer in London & Vienna.

In 2005, he started his TV-work as director of the infamous TV-Shows “Sendung ohne Namen” and “Sunshine Airlines” for the ORF (Austrian BroadcastingCorporation). In the same year, his short film “Elektronikschrott” (11min.) won the nation wide short film award “Shorts On Screen”. In 2006, Arman was invited to the Berlinale Talent Campus as director/screenwriter. In 2008, Arman co-wrote & directed the TV-documentary series “Momentum – What drives you” (Red Bull Media House), which ran several seasons.

In 2013, Arman T. Riahi was granted the START-Scholarship for Film Arts of the Austrian Federal Chancellery of Arts. Since 2013, he is a lecturer at the University of Applied Sciences for Media Technology in St. Pölten. His second cinema documentary, “Everyday Rebellion” (2014), co-directed together with his brother Arash as the “Riahi Brothers” was screened at over 60 international film festivals and won several awards like the CPH:DOX Politiken Audience Award at the Copenhagen International Documentary Film Festival 2013, the 2014 Cinema for Peace Award, or the CIVIS Online Media Prize. His second cinema documentary with his brother Arash T. Riahi, Kinders, was released in Austrian cinemas in November 2016 and has won the Audience Award at Diagonale Film Festival 2016. Currently, they are working on preparations for their first feature film collaboration „Mr. Duschek, the Shrinking Caretake“.